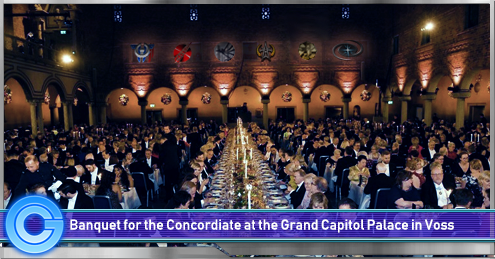 For six days, from Day 55, Voss thronged with visiting heads of state, industry tycoons, and high society as the Tionese capital played host to the Galactic Concordiate’s first Biennial Gala. The Gala was organised to officially welcome the Falleen Federation and Sienar Conglomerate into the bloc, but as King Jado Dur`rik noted in an opening address, the celebrations held a greater significance. “We Falleen have not forgotten the lessons of our history: our unity is our strength. When my Council looked towards the Concordiate, we saw the possibilities which its renewed purpose could open not only to us, but to others.” Explaining that “the principle which now unites us is a positive one; we have, as the Second Treaty of Forsetti declares, joined together ‘to further the goals of peace, neutrality, and, prosperity.’ Not by war or the promise of technology, but through our commitment to ensuring the galaxy becomes that which it ought to be, where intimidation and threats of force are subjected to diplomacy and law.”

Concordiate members were not alone in their celebrations, either. Government officials and business leaders from the Hapes Consortium, the New Republic, The Wraiths, Czerka Corporation, and the CIS were also seen at many of the Gala’s different events. The ubiquitous presence of non-Concordiate members was explained by the Lady Hegemon Stephanie Barefoot-Delcroix, leader of the Tion Hegemony, who said the Concordiate’s leaders “were keenly aware of the wider diplomatic opportunities presented almost as soon as discussions began on hosting an event like this.” Stressing that although the “Executive Council made the decision early on to limit the number of guests, we wanted to demonstrate and celebrate the possibilities open to those willing to share our values and ideals.”

The dinners, balls, and receptions which filled the Grand Capitol Palace underscored the strenuous efforts that had gone into remaking the alliance. Even though the heads of state of the Condordiate’s members have been meeting regularly for years now, this was the first gathering for its entire citizenry. When asked ‘Why now?’ the Lady Hegemon was poised to answer, “To us leading this alliance, one of its greatest failings has been a seeming irrelevance to the daily lives of its citizens. We have sought to change that: in virtually every corner of the alliance a public holiday was declared, and the number of journeys made to Voss has been extraordinary.” Adding “By bringing our people together, we can better show them why we think the Concordiate matters and the opportunities it provides.” 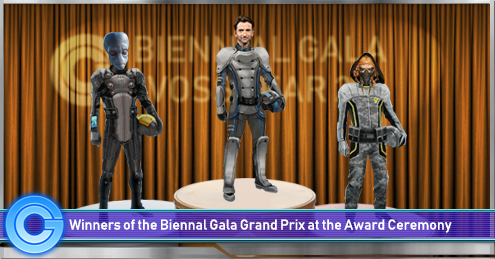 Events were run throughout the districts of Meeshae, the capital city. Citizens of the alliance, and those invited as friends, were treated to scavenger hunts, local lotteries, and even a system-wide grand prix, in which the finest pilots from across the group traversed a complex course, testing their coordination and pushing their endurance to its limits. Tion pilots Athrun Zala and Dillininioh Colk took first and third place, while Garas Tegra, a Trade Federation pilot, took second.

The Gala was brought to a close, on Day 60, when the Executive Council met for a joint press conference at the Capitol Palace broadcasted across the alliance. Viceroy Jacob Jansen, the current Magistrate of the Executive Council, gave the final address. “When we began discussing the Concordiate’s future a year ago, it was apparent to us immediately the scale of what we are trying to achieve. But, in the months since, the alliance has come together dramatically. With each new act, we are slowly pushing the frontier of what was thought possible.” Reiterating the group’s founding principle, the Viceroy concluded “A space for peaceful diplomacy and economic co-operation is being created: we welcome Sienar and the Falleen to our alliance on that basis, and we stand ready to welcome any others who desire to do so.”